Regretting the Past and Rewriting One's History

Memorials serve as physical reminders of the past, invoking images of bygone eras and deceased individuals. Through unique contextual dedication plaques, architectural designs, and material components, different monuments conjure up different visualizations of the past. Every memorial frames the past through a separate lens, and thus, memorials can drastically alter the way in which the past is remembered. American memorials to oppressed groups, although seemingly well-intentioned, often romanticize difficult experiences and contribute to a flawed national understanding of American cultural history. This can be observed by analyzing memorials to Irish Potato Famine migrants and former slaves.

Rewriting cultural history is not unique to America. Monuments in Canada seeking to grapple with the nation’s history of colonialism and indigenous oppression are often framed within “a narrative of progress, apology, and repentance" (Gordon-Walker). This makes it seem as if the nation has paid its dues and fully held itself accountable for stealing indigenous peoples’ lands.  These memorials rewrite history by placing the oppression “firmly in the past” and representing oppression vaguely without detailing specific instances of abuse (Gordon-Walker).

A similar phenomenon is taking place in western Europe as individuals mourn refugees who lose their lives traveling in search of safety and better futures. As western Europeans focus on the great empathy and sadness they feel over lives lost,  this grief “turns questions of responsibility, guilt, restitution, repentance, and structural reform into matters of empathy, generosity, and hospitality" (Danewid). Although grief and human empathy are useful emotions, these particular discussions of grief re-frame the refugee crisis in a way that does not hold Europe accountable for its “constitutive history of empire, colonial conquest, and transatlantic slavery” that has, in part, caused the refugee crisis (Danewid). In order to do so, Western European individuals would have to hold themselves accountable by recognizing that they have benefited from this history. Human beings are often reluctant to admit their mistakes, especially when those mistakes have caused serious harm to others, and thus it is often easier for nations to hurry on to the hopeful forgiveness and acceptance stage. This phenomenon is reflected in the cultural memorials analyzed within this page.

The Romanticization of Famine

The Boston Irish Famine Memorial tells an idealized version of the story of both those who remained in Ireland and those who left for America during the Great Famine. The monument consists of two contrasting sets of sculptures, one depicting an impoverished, gaunt family and the other depicting a well-fed prosperous family. The first family represents those who stayed in Ireland and starved to death due to the potato blight, and the second family represents those who took their chances and prospered economically and socially upon arriving in their new country.  Although one of the memorial’s commemorative plaques briefly mentions the discrimination experienced by Irish migrants to America in the form of “No Irish Need Apply” signs, the monument oversimplifies the hardships they faced.

Irish immigrants did not simply arrive in America and achieve the American Dream.  They were often only able to find low-paying work performing “the most menial and dangerous jobs,” such as digging trenches, laying rail lines, and cleaning houses (Klein). They were even the victims of anti-Catholic Mobs where priests were tarred and feathered and Catholic churches were set on fire.  Hatred toward the Irish even resulted in fatalities: members of the anti-immigrant Know-Nothing party murdered between 20 and 100 Irish and German Catholics who were on their way to vote in August of 1855 (Klein). These specific instances of discrimination-based hardship are not reflected in the memorial because this would paint America in a bad light; the American government did little to end this oppression.  Thus, the monument frames the history of Irish migration in such a way that all suffering is associated with remaining in Ireland and all success and prosperity is associated with America. The memorial can effectively alter people’s perception of America's history.

The Slave Memorial at Mount Vernon 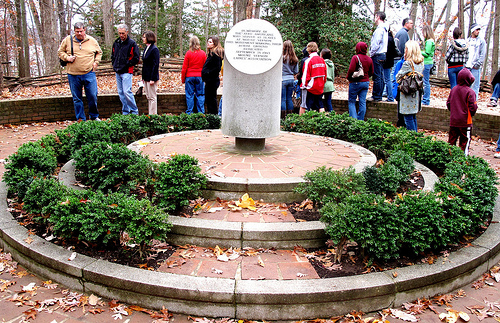 The Slave Memorial at Mount Vernon honors the enslaved and freed African Americans who worked there; the memorial romanticizes the lived experience of slavery and does little to hold the American government accountable for perpetuating this system. The memorial marks the land used as a collective cemetery for all Mount Vernon slaves. Their graves were originally unmarked, and, until the memorial's dedication, the public paid little attention to this sacred burial ground. The memorial features a truncated granite column, with the following inscription: "In Memory of the Afro Americans Who Served As Slaves At Mount Vernon This Monument Marking Their Burial Ground . . ." The three steps leading up to the column read "Faith," "Hope," and "Love," respectively.

These three steps frame slavery through a lens that focuses on reconciliation and positive emotions. The experiences of slaves at Mount Vernon are considered through the heroic values they maintained and “the virtues that sustained those living in bondage,” according to the official Mount Vernon website. This romanticism is also exacerbated by popular lore which claims that slaves were buried with their feet turned eastward, symbolizing their desire to return home to Africa.  The focus turns to the beautiful dream of returning to one’s homeland, rather than the oppressive government endorsed system that kept slaves from doing so. Thus, this memorial frames America’s history of slavery in a way that transforms the negative experiences of slaves into a positive lesson about moral virtue in times of hardship. The reason behind these hardships is essentially glossed over; the memorial does not seek to evoke images of the specific ways in which colonial Americans brutally mistreated people of color. Thus, the memorial’s frame distorts one’s historical focus and alters how he or she remembers history. 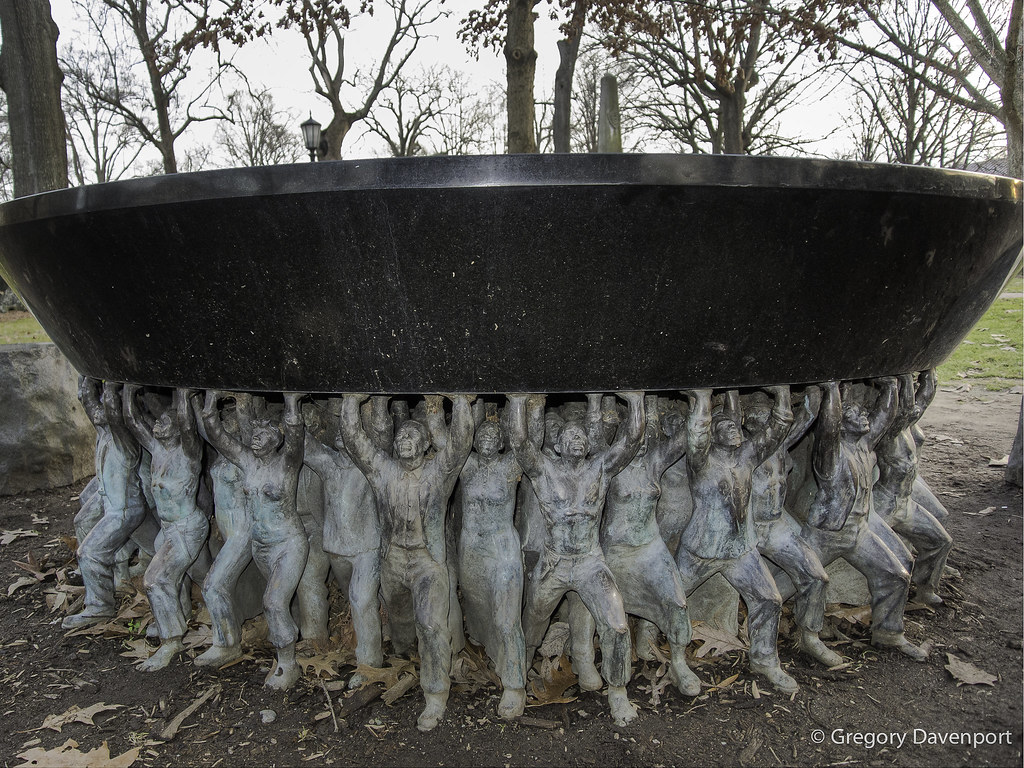 The memorial, specifically the commemorative inscription, focuses on reconciliation and other positive emotions such as “cherishing” and finally expressing gratitude for the formerly unsung people of color who built the university.  This frame seeks to convince people that UNC-CH has held itself accountable for its history of racism and oppression by simply acknowledging that its campus was built by slaves. This narrative reveals itself to be untrue as the university continues to grapple with its history through heated debates over Silent Sam and the renaming of buildings commemorating deceased white supremacists. Like Canadian memorials and European discussions of the current refugee crisis, the Unsung Founders Memorial focuses on human empathy and reconciliation.  This allows for a surprising disconnect from the causal realities of oppression.  One must ask, why were the unsung founders bound?  Why did they have to build the Carolina students cherish?

The inscription frames the monument in a way that makes the unsung founders assistance seem voluntary.  This renders the harsh, specific realities of slavery vague. There is no reference to the horrors of the Middle Passage, the whipping of slaves, or the separation of families.  The monument frames the history of slavery on UNC-CH’s campus in a way that focuses on the bravery and courage of people of color and glosses over the very reason why they had to be brave in the first place.  In short, the monument’s depiction of slaves creates a frame that alters people’s perception of America's colonial history.

The Slave Memorial at Mount Vernon