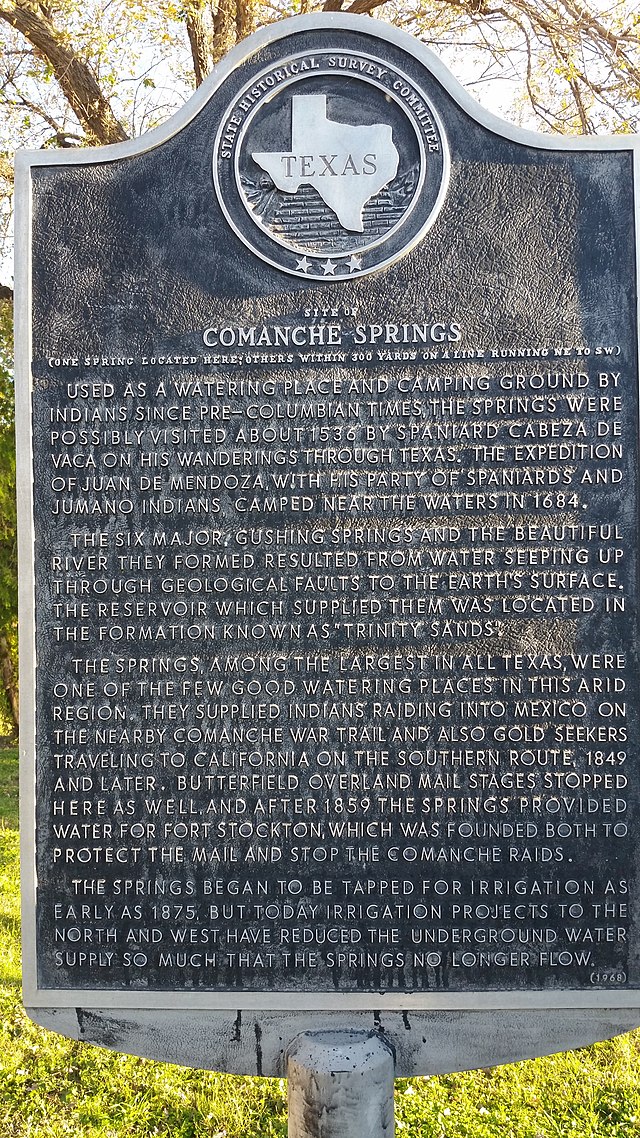 Site of Comanche Springs. Used as a watering place and camping ground by Indians since Pre-Columbian times, the Springs were possibly visited about 1536 by Spaniard Cabeza de Vaca on his wanderings through Texas. The expedition of Juan de Mendoza, with his party of Spaniards and Jumano Indians, camped near the waters in 1684. The six major, gushing springs and the beautiful river they formed resulted from water seeping up through geological faults to the earth's surface. The reservoir which supplied them was located in the formation known as "Trinity Sand." The Springs, among the largest in all Texas, were one of the few good watering places in this arid region. They supplied Indians raiding into Mexico on the nearby Comanche war trail and also gold seekers traveling to California on the southern route, 1849 and later. Butterfield Overland Mail stage stopped here as well, and after 1859 the Springs provided water for Fort Stockton, which was founded both to protect the mail and stop the Comanche raids. The Springs began to be tapped for irrigation as early as 1875, but today irrigation projects to the north and west have reduced the underground water supply so much that the Springs no longer flow