(Official) The Cleveland Cultural Gardens Federation is a non-profit organization that sponsors ethnic communities and government and institutional partners.

Physical Aspect and Theme: With the statue and pillars being the main representation of the India Garden, there is also a water feature included called the "Doan Brook." This brook leads to a river, which is a common sight in India. The overall representation of the garden has to do with the goal and message that Mahatma Gandhi was trying to spread, which was a universal connection of independence and freedom. Plantings of the garden include an Eastern Redbud which was planted by Prof. Rajmohan Gandhi, the grandson of Mahatma. 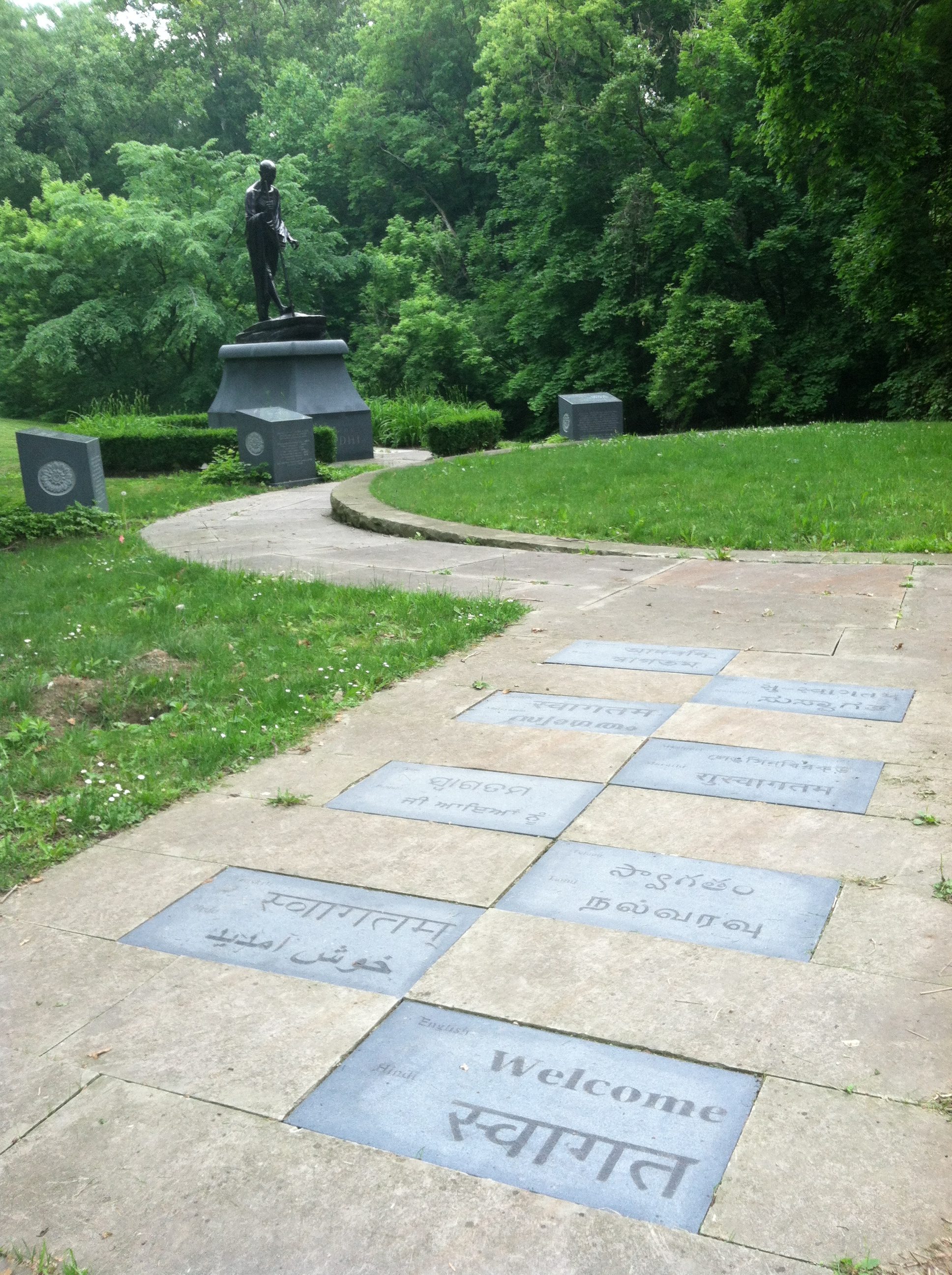