Commemorating Indigenous Culture and Their Contributions to Society

Within just a few generations, the continents of the Americas were virtually emptied of their native inhabitants – some academics estimate that approximately 20 million people may have died in the years following the European invasion (Gun Germs & Steel). Most people assume that the sufferings of indigenous peoples have been overlooked. However, these monuments help us remember and acknowledge the accomplishments that indigenous people have made. And in this digital exhibit, I will argue that these memorials are a source for commemorating the culture and contributions to society of the Indigenous peoples’. In this Exhibit, I will detail the successes and shortcomings that are present in The Aboriginal Memorial, The Monument to the Indigenous People, and The National Native American Veterans Memorial when representing the legacies of Indigenous people. 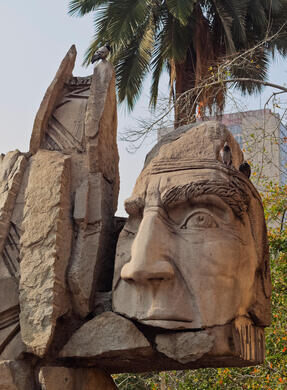 The Monument to the Indigenous People

The memorial is comprised of 200 hollow log coffins that imitate the course of the Glyde River estuary which flows through the Arafura Swamp to the sea. The hollow log coffins are situated broadly according to where the artists' clans live along the river and its tributaries. The different painting styles of the groupings of logs represent common ancestors, land, language, and social affiliations (The Aboriginal Memorial Introduction).

With the positioning of the 200 logs in the memorial, the locations and cultures of each Aboriginal clan are preserved so that the uniqueness and importance of each clan can be remembered. Additionally, this memorial helps viewers understand the purpose behind the creation of the memorial. Specifically, the logs making up the memorial are based on the Dupun Ceremony, which is practiced to ensure the safe arrival of the spirit of the deceased from the earth to the land of the dead (The Aboriginal Memorial Introduction). This is relevant to the history of the Aboriginal people because they are known for dying to defend their land from European settlers. Therefore, associating death with a ritual justifies their cultural understanding that fighting for their land and preservation of their culture is worth losing their lives for. Moreover, this memorial was created in 1987, 200 years after colonialism began, which is why the presence of exactly 200 logs emphasizes the long and tumultuous struggle the Aboriginal people faced.

This memorial is an excellent representation of indigenous culture. The interplay between the layout, design, and cultural meaning embedded in the memorial emphasizes the importance of the presence of tradition and stability when constructing a memorial (Olson, 11). 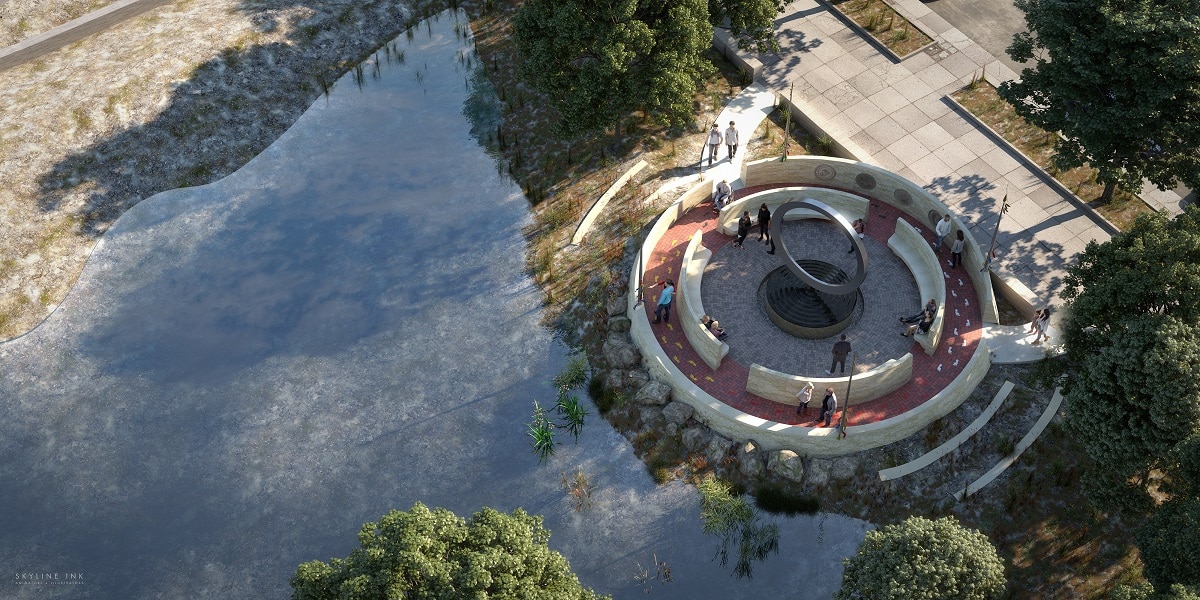 The successes and failures of constructing a proper memorial stem from the specificity and accuracy of portraying the cultures and accomplishments of the Indigenous people. It is important that the achievements and bravery of Indigenous people are properly represented so that the sufferings they went through to fight for their autonomy are not overlooked. Additionally, it is essential that the sacrifices made by Indigenous people are not forgotten and that society prioritizes the remembrance and commemoration of Indigenous culture and contribution to society.

Monumento a los Pueblos Indígenas (Monument to the Indigenous People)